Brennan wanted to see the world in new ways. Now he opens others' eyes through his lens.

Brennan started his freshman year as a music student, but soon realized it wasn't his calling. Coming from an arts school with a visual arts program, he had been exposed to photography already. He took senior photos for some of our students, but hadn't considered it as a field of study.

"I initially joined the photo program kind of by default," he said. He had an interest in photography, so he thought, "I want to do that, so I'll just switch my major and try that for a while. It seemed pretty cool."

Brennan said one reason he enjoys the photography program so much is the welcoming environment. Even when he was still early in the program, he felt that his work was taken seriously and that the professors supported and believed in him.

He felt this support from his fellow students, as well. In his program, students take the same classes and spend most of the week together. Brennan said his cohort is very tight-knit, which allows for productive and respectful conversations when the students critique each other's work.

"It's important to have that sense of community, because it only enhances how intimately they know your work. Together, we make each others' projects even better,"

Once Brennan found a major that suited him, it was easy to find extracurricular activities. During his sophomore year he joined the staff of the student-run magazine, Garnet & Black, which helped him grow in his major.

"Then," he said, "I accidentally became the editor-in-chief."

Being in charge of filling 224 blank pages was a huge opportunity for Brennan, which he immediately embraced. Looking back on his previous two years with the magazine, he saw areas that needed improvement. With a goal of making the magazine more collaborative, he worked to create more opportunities for students, which led to creating 12 new positions.

"It was about bringing voices together, which is something I really knew about because I had planned exhibitions for the photography program," Brennan said.

A defining moment occurred when he decided to publish a controversial cover because he felt it was an important story that needed to be told. When he was met with support from the community and helped people change their views, he said he found meaning and purpose.

Now, with four published magazines under his belt, Brennan has gained valuable experiences—like leading a staff of 30 peers—that he can put to use in the future.

After graduating, Brennan hopes to work with an agency. Ultimately, he plans to get his Master of Fine Arts and become a professor.

"I want to teach," he said. "I want to do for other people what art did for me."

I am South Carolina. 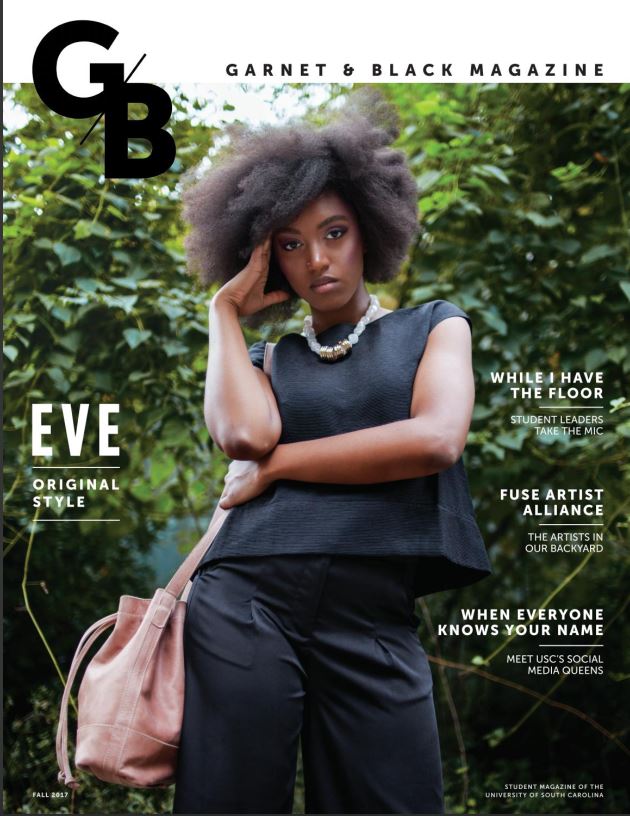